Located in the Alto Bierzo, in the town of San Román of Bembridge, Dominio de Tares winery has quickly become one of the references in the DO Bierzo.

This land is a vast and complex puzzle of soils and microclimates, where the château concept has no validity. Discover old vines and make them point to offer the best of each has been the axis around which has pivoted the efforts of the technical team of Dominio de Tares with Technical University of León.

In 2001, with the experience gained from the first wine, Dominio de Tares in seven payments of very specific characteristics in which the variety was expressed exceptionally selected. Vines over 40 years old and very deep root systems which required strain to nourish underground.

They are located at an average altitude of 600 meters above sea level in steep slate slopes and south-facing gravel. In them an average yield of 4,000 kg per hectare is obtained.

The winery has 36 stainless steel tanks which allow vinify each payment in a unique position, with the assistance of air conditioning systems that control the maximum temperature of each process. Racking are performed by gravity into barrels located at a lower level. The winery also offers micro-oxygenation equipment of last generation, as well as tables for manual selection.

The aging cellar was built underground in reinforced concrete with an automatic drainage system to better control the interior microclimate, free from temperature fluctuations and a stable relative humidity. The winery has more than 2,500 oak barrels of different origins (French, American and Central), fine-grained and different toast. 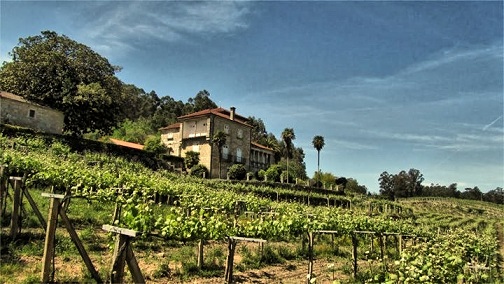 There are no products.