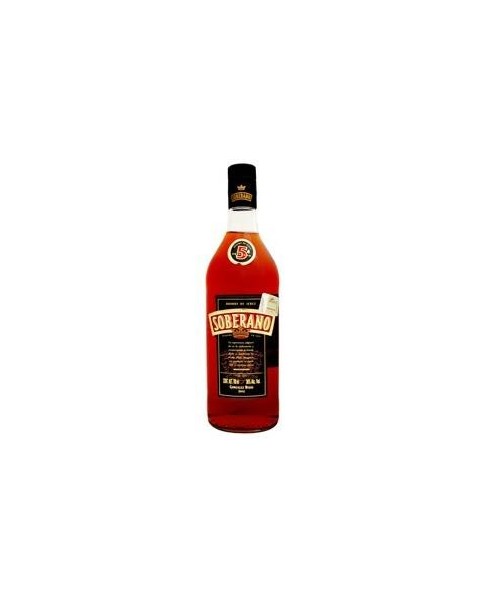 Its aging is achieved through the traditional Jerez system of Criaderas and Solera through 5 scales of American oak barrels previously seasoned with Sherry wines.

The Soberano 5 Reserva Brandy from Bodega Gonzáles Byass presents in its name the number of "criaderas" or barrel aging stages through which it passes throughout its maturation process, 5 in total. This brandy is 100% distilled of wine. After the harvest and fermentation of the Airén grape, only the best must is selected by distillation. Its aging is achieved through the traditional Jerez system of "criaderas and soleras" through 5 scales of American oak barrels previously soaked with wine. de Jerez.Soberano 5 is very versatile: it can be drunk neat with ice or it is also excellent with mixers such as cola, lemonade or ginger ale.It is aged for 5 years.Bodega Gonzáles ByassGonzáles Byass's reason for being is to produce and sell of wines and spirits, always faithful to its roots as a family winery and to the quality standards that were established from the beginning. Gonzáles Byass currently has 14 wineries in Spanish, Chilean and Mexican lands and a range of highly recognized premium distillates. The work and production of unique wines and spirits has led González Byass to win numerous awards around the world. Of all of them, the Best European Winery awards from The Wine Enthusiast, Best Spanish Producer from Mundus Vini, Len Evans Trophy from the International Wine Challenge stand out, as well as inclusion in The Worlds Most Admired Wine Brands ranking from Drinks International. doubt when buying Brandy Soberano 5 Reserva, contact the sommelier of our online store and he will advise you without obligation.